Most people go to Santa Clara to visit the Che Guevara memorial. Gill and I went because we missed our bus to Santiago after a particulary big night in Trinidad, and Santa Clara was the next best option. So we found ourselves on a bus, hungover, on our way to see where Cuba´s favourite (and most famous) adopted son now rests.
We were met off the bus by our crazy landlady. She had been an actress for 35 years (and it showed!) but now she runs a casa with her son. In Cuba there are no hostels as such, just state run hotels or casa particulars. Casa´s are basically rooms letted out in a Cubans house, anything from seperate apartment types or just a bedroom and you share the rest of the house with the family. It´s a great insight into Cuban life and a way for them to make extra money.
We weren´t up for much that night so after dinner we had an early one. We were woken very early to a voice on a loudspeaker. Turns out our casa was across the road from a cigar factory. The voice was reading the news to the workers as they rolled those famous Cuban cigars. Our day revolved around Che. First we went to his memorial and the museum that was attached. The museum was quite impressive for a Cuban museum - the ones we had seen so far reminded me of someones year 12 assignment! There were lots of pictures and personal artifacts, everything from his inhaler (Che had bad asthma) to his leather belt, which you can see him wearing in most of the pictures. Attached to the museum is a memorial where the remains of Che, and other important revolutionaries, lay. The memorial and museum are under the Plaza de Revolution, where are giant statue of Che is erected. The Cubans (and the government) are pretty quick to commercialise on Che, even though I´m pretty sure he´d be turning in his grave right now if he could see all the t-shirts and berets that are sold on practically every street corner!
After the museum we headed back into town for some peso ice cream and a sit in the plaza. Gill asked "how long do you give it?" I replied "2 mins". I was wrong. It took all of 30 seconds before we being harrassed by an older cuban man. It did, however, take him about 2 mins before he asked if I wanted to go to a hotel room! I´m pretty sure he was (or thought he was/wanted to be) a jineterah, which is kinda like a prostitute, or someone who wants to hang around westerners for their money/visa and will do certain "favours" in return. Someone had forgot to tell the poor dear he was about 20 years out of his prime!
After some lunch we went to visit the sight of Che´s most famous victory. At the train tracks where Che had pulled off a defeat against seemingly all odds, lay the wrecks of the carriages that were carrying the army in their attempt to stop the rebels from reaching Havana. Che had derailed the train and caputured the soldiers, even though he was far out numbered.
And that was it for Santa Clara and Che for us. We boarded an overnight train for Santiago de Cuba, leaving Che behind, but not seeing the last of him in Cuba, that´s for sure! 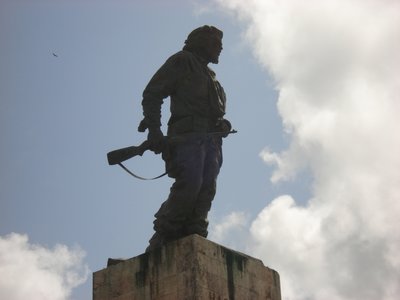 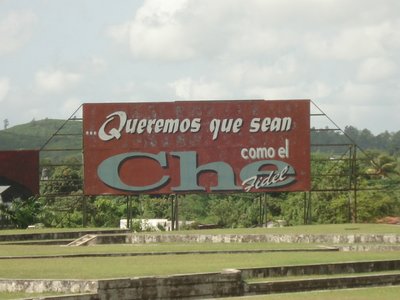 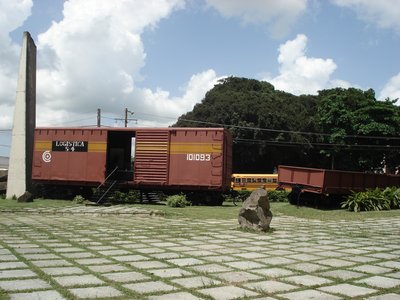 Posted by zedgee 11:58 Archived in Cuba

Previous Next Table of contents

This blog requires you to be a logged in member of Travellerspoint to place comments.

If you aren't a member of Travellerspoint yet, you can join for free.